With its 570 square kilometers, the island of Ibiza is the second biggest island of the archipelago of the Balearic Islands after Majorca. The different seaside resort are not the same and the distance from a point to another of the island can be important (almost an hour drive). Choosing your destination is essential to your expectations. 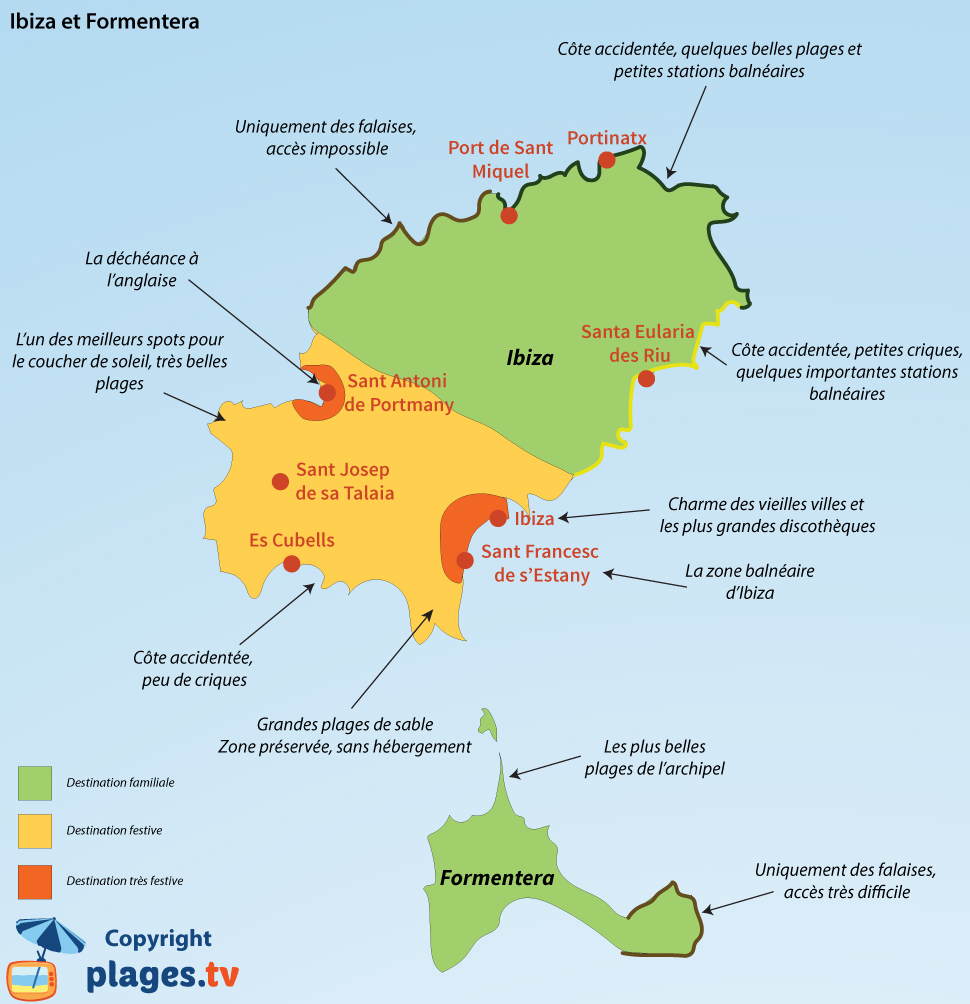 Destinations of Ibiza and of Formentera

The most festive resorts of Ibiza 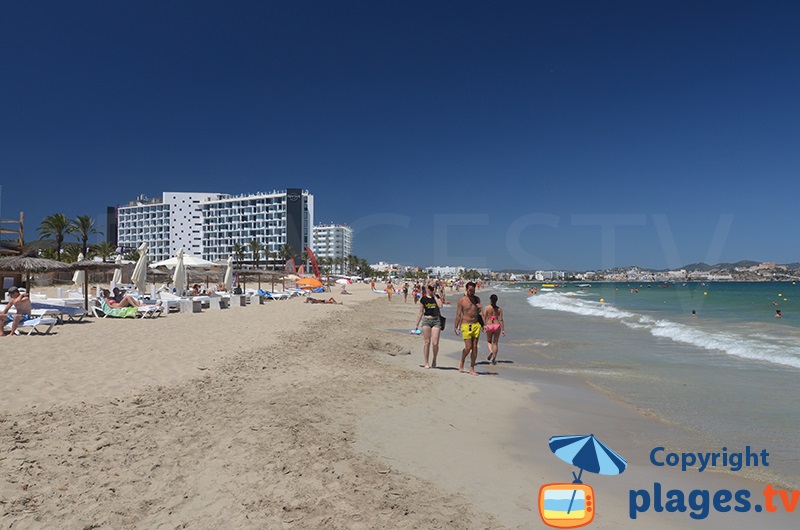 The most beautiful beach of En Bossa but industrial

The city of Ibiza is without a doubt the busiest of the island. It is here that we find the biggest nightclubs of the island. The old town is remarkable, it is one of the most beautiful of the archipelago. However, the beaches are apart (few kilometers). That of En Bossa is one of the most famous and the biggest. It gathers many hotels (very animated, not to advise to families), nightclubs, private beaches … it is the festive place.

On the north coast, Sant Antoni de Portmany gathers mainly British. It is a bit the « decline » destination of Ibiza. Sant Antoni is the Malaguf of Majorque … Yet this very specific atmosphere that we find in different Spanish stations with English tendency is only present in one street … but an unimaginable street in France … rather a young destination which loves alcohol … 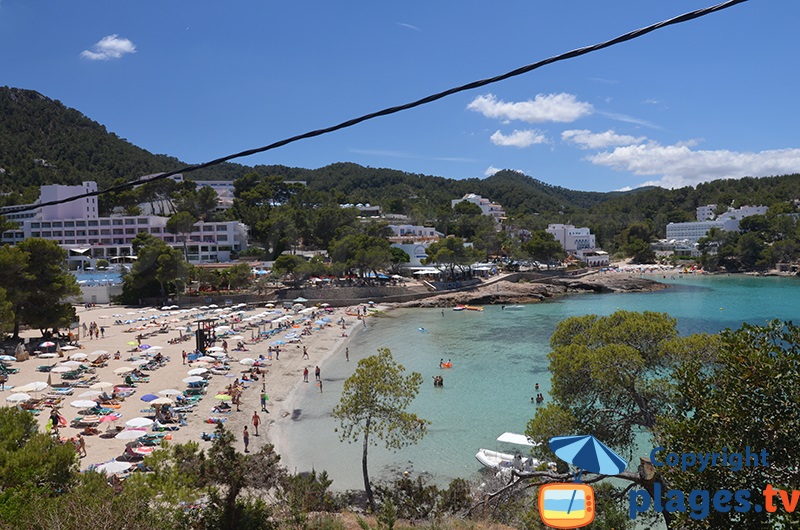 The Big beach of Portinatx in the north east of Ibiza

The north-east of Ibiza is calmer, the seaside resorts are small, often organized around a cala (a creek) where hotels have been built in an euphoric period of Ibiza. The architectural choice often denatures the places but bays are so pretty with beautiful sandy creeks and a translucid water that we forget the urbanized side. The most famous are Portinatx (it is also our heart stroke), Port de Sant Miquel and Cala de Sant Vicent. However, impossible to go every night in the biggest nightclubs … Family only destination. 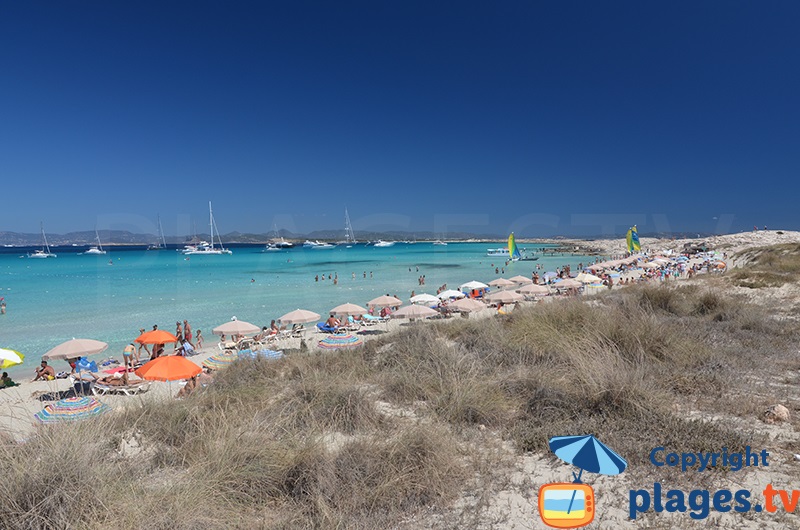 One of the beaches of Ses Illetes at Formentera

The island of Formentera is in our opinion a nice family destination. From the port of Ibiza in 40 minutes, this haven of peace has the most beautiful beaches of the Balearic Islands with especially the beaches of Ses Illetes and of Llevant. Es Pujols is in our opinion the most interesting resort.  La Savina is also interesting. The south side (Platja de Migjorn) gathers the club hotels …

And the south-west of Ibiza ? 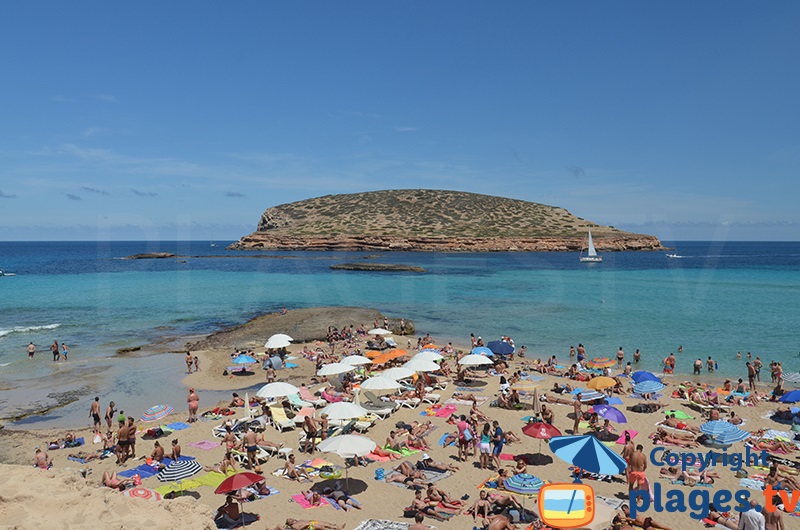 The beach of Comte : a paradise beach in Ibiza

The south-west of Ibiza has remained wild but the lack of tourist structures makes it attractive only during the day and provided you rent a car. The beach of Comte is one of the most beautiful place of the island. An original beach facing small islands and west oriented ideal for enjoying the sunset. A restaurant in the middle of the beach sets the mood during the day to remind us that we are in Ibiza. It is the place to be ! 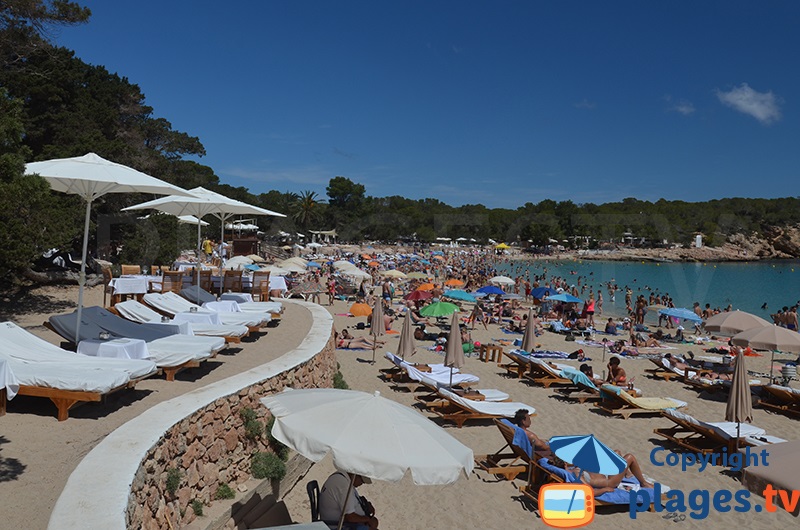 Two steps away, the beach of Cala Bassa is in our opinion the second nugget even if its industrialization displeases us …  The campsite nearby is totally out of the way of the posh restaurants on the beach but this is Ibiza … The beach is  very crowded. 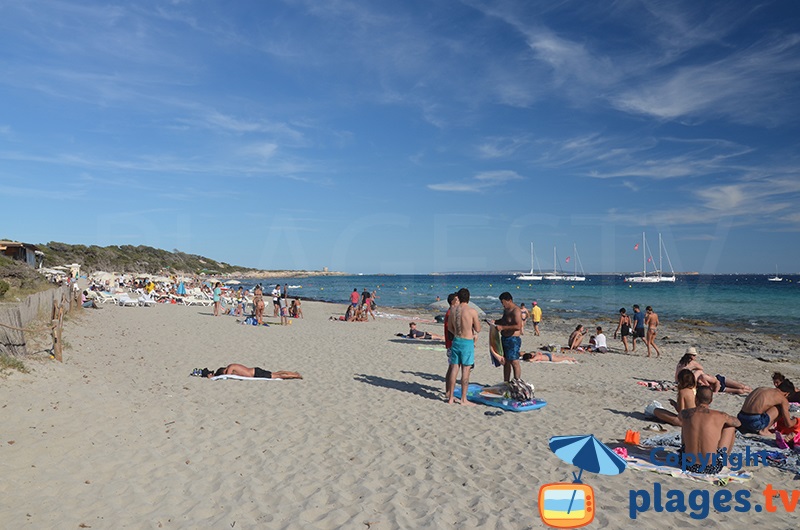 South, near Ibiza, starts the natural park of Ses Salines (it ends north of the island of Formentera). Devoid of tourist structures (there are private beaches …) and so of club hotels, the area is wild with salins and the most beautiful beaches of Ibiza. The beach of Ses Salines is the most famous. Naturists will go a few kilometers away on the beach of Cavallet, more wild beach with many faces. 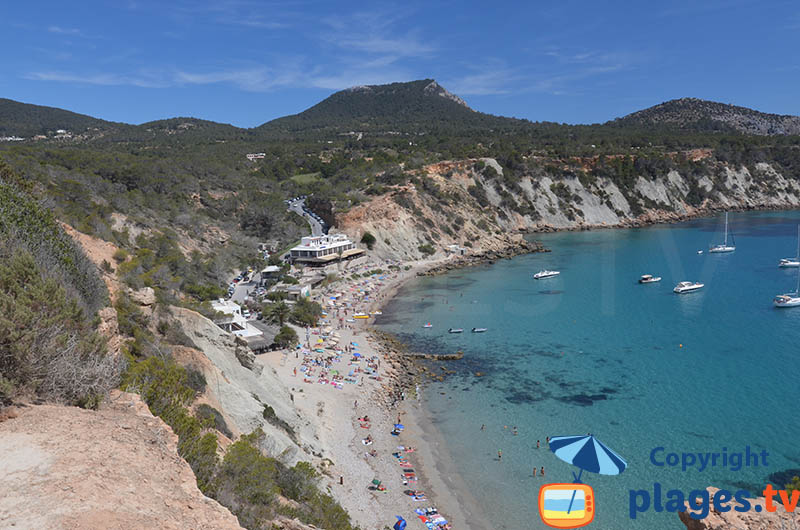 Cala Hort – a mix of turqoise water and cliffs

A bit more islolated, the Cala Hort is part of the most original beaches of Ibiza. Below cliffs, the place is sublime and the sea of unheard-of-beauty … Access is simple, to advise before or after season. 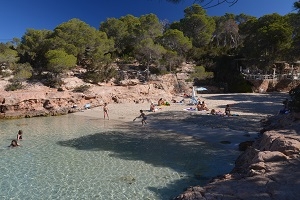 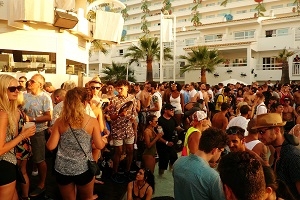