Information on the seaside resort of Puerto de la Cruz 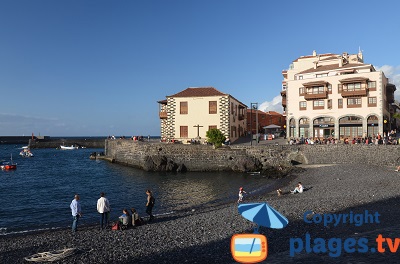 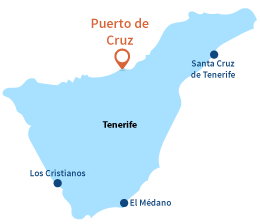 Most important city and seaside resort of the north coast of Tenerife, Puerto de la Cruz was the first seaside resort of the Canary Islands in the fifties (attended mainly by the British). So there are some hotels without real charm built at that time in the center near the beaches. Nevertheless, its historic center is quite well preserved with some beautiful Canarian houses and some authentic alleyways (you have to go out of the main streets).

There are two main beaches in Puerto de la Cruz. The Jardin one has been developed by Manrique, it is a success. The Martianez one in the west is more suitable for surfing. Both are covered with black sand. There are also some small beaches in the center near the port. They have no interest in our sense (pebbles).

Animation side, Puerto de la Cruz is one of the livelest cities in Tenerife. Mixture between locals and tourists, the atmosphere is very pleasant. The livelest area is between the Lago Martinez and the harbor (old city) with many restaurents, bars and shops. In our opinion it is the most important city of Tenerife (our only regret is the visual pollution made by the two parks of Tenerife – Loro Parque and Siam Park – who even sponsor garbages of the city…).

On the hotel side the choice is vast. We advise you to stay in the city center (or nearby to avoid taking the car). Some big complexes with « all inclusive » formula (do not look at the quality of the food…) are also available.

Interactive map of the beaches of Puerto de la Cruz 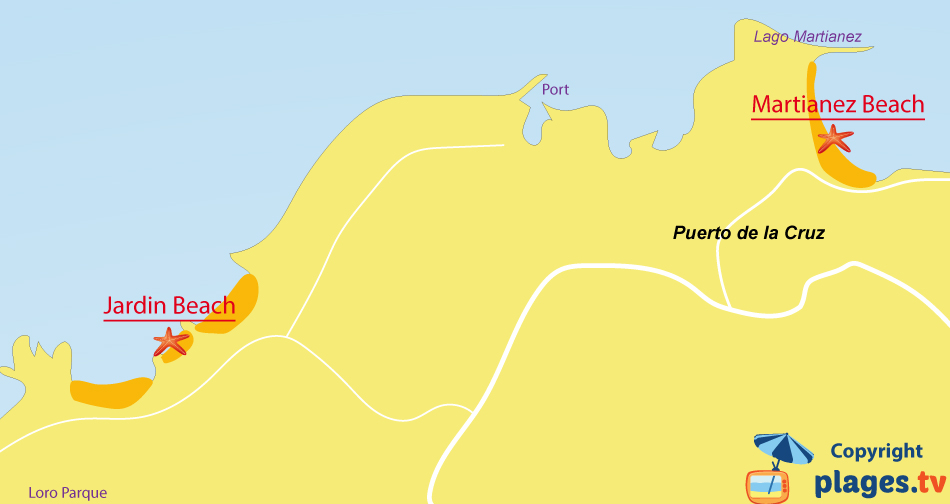 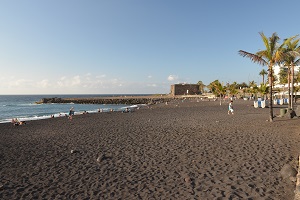 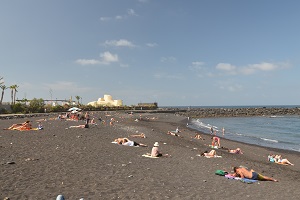 Your opinion on the resort of Puerto de la Cruz