Beaches on the seaside resorts of Ibiza island in Spain 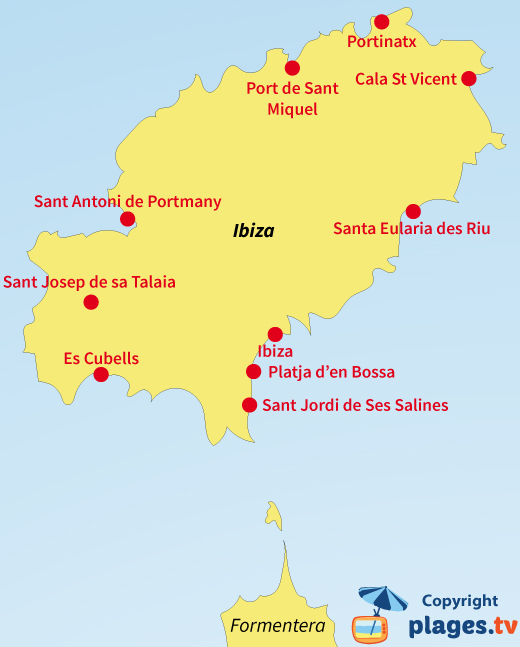 The island of Ibiza is located off of Valencia (150 km) and is part of the Balearic Islands (5 main islands of which the largest is Mallorca, Menorca, Cabrera and Formentera close to Ibiza).

A destination known worldwide for its nightlife, lively bars and lively beaches, Ibiza attracts many tourists from Easter until the end of September. With over 200 km of coastline, you will find in Ibiza the most beautiful beaches and coves of the Mediterranean. The most famous beaches are very well appointed and equipped with private beaches, some with DJs during the day.

Ibiza Town (or Eivissa) is the main destination of the island. Its upper town has great charm with its cobbled streets and continuous animation. However, the beaches are away from the city centre and the most interesting one (Platja d'en Bossa, which makes us think the Pampelonne beach in France) is located approximately 5 km away.

Sant Antoni de Portmany attracts many English (probably due to a well-equipped neighbourhood pubs and discos). Although there are some beautiful beaches in the area, the city has no appeal ... the only buildings are to house the tourists.

Santa Eularia des Riu is the third largest tourist city (30 minutes east of Ibiza). Less animated than the other two cities, its only advantage (in our opinion) is to have two urban beaches.

Those looking for a quieter and more untamed destinations will delight at the northeast of the island. For a beautifully untamed side, Formentera beaches are without doubt the most beautiful (the island is quieter, access from Ibiza in 20 minutesby boat). 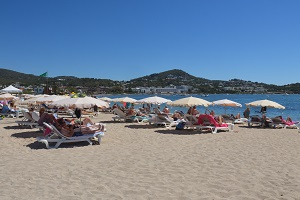 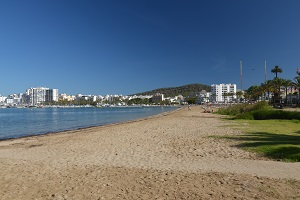 Located on the west coast of Ibiza, Sant Antoni de Portmany is the second largest resort on the island of Ibiza. It is mainly frequented by the English. 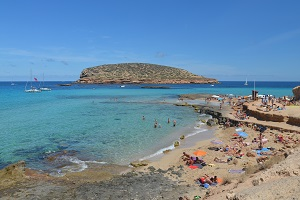 Largest town in the island of Ibiza, Sant Josep de sa Talaia is located away from the sea. It has 80 kms of coastline. The area near Sant Antoni de Portmany is the most touristic area. 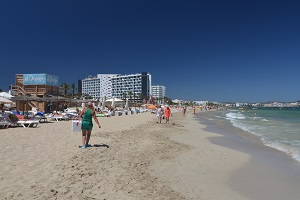 Platja d'en Bossa is the seaside resort of Ibiza Town and follows on from the neighbourhood Ses Figueretes. This is the busiest area as a seaside resort on the island of Ibiza with night clubs and hotels.