Information on the seaside resort of Salou 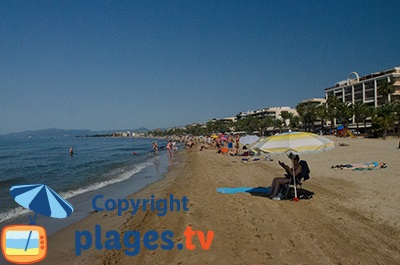 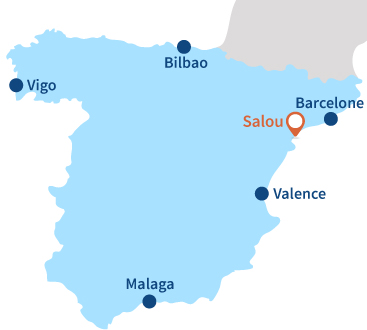 Salou is one of the most important seaside stations of the south of the Catalonia in Spain. It is located in a dozen kilometres of Tarragone and at three hours of French border. It is known for its theme park Port-Aventura (one of the most important of Europe, constructed in 1995, in only 2 km of the city centre). The seafront of Salou resembles the seaside stations of Spain of the sixties with many hotel complexes, a nice pedestrianized promenade, nice sand beaches and many trade. Side is, the Cap de Salou is more abrupt. It is here that the most important hotels (mainly of clubs) are found.

Many sand beaches in Salou are found. Bigger two are those at the level of the city centre (Llevant and Ponent, they are on both sides of the harbour). They are broad and equipped well. At the level of the Cap de Salou, several coves are found. Bigger two are those of Capellans and of Llarga. Others are smaller and especially used by the clients of the neighbouring hotels.

Even if ambience is very family in Salou, many young people come there in summer to live it up in many pubs and dance halls there. It is one of the stations most enlivened by the province of Tarragone. In two steps, side southwest, Cambrils is calmer and familier.

Interactive map of the beaches of Salou 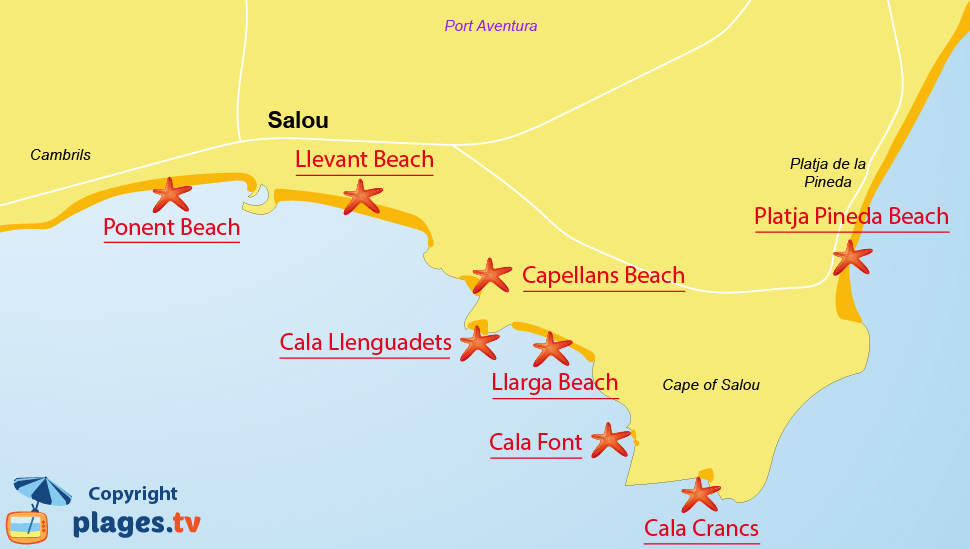 All beaches at Salou 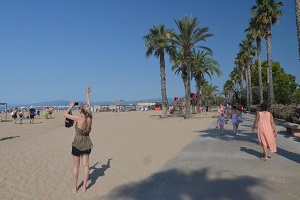 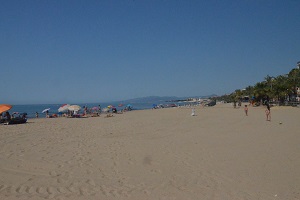 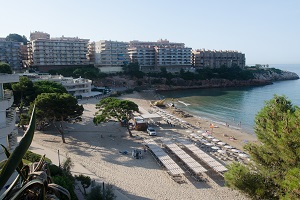 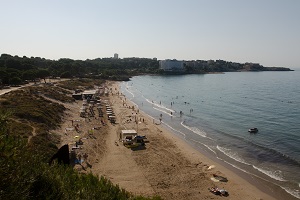 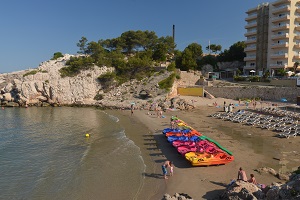 Users rating given to this resort:
5/5 based on 2 users
We do not yet have any opinions in English; the ratings are calculated with the opinions in all languages.

Your opinion on the resort of Salou