Information on the seaside resort of Palma de Mallorca 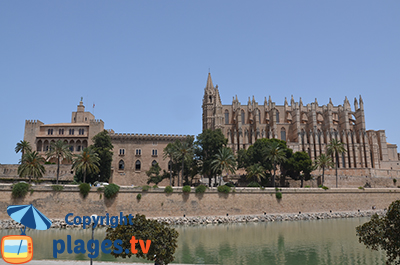 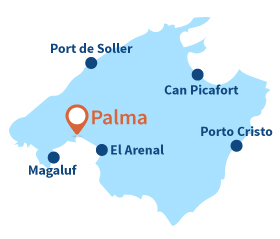 Palma de Mallorca is the capital of the island of Majorca (Balearic archipelago). Its coastal region along 20 kilometres stretches of Case Catala (west) in Arenal (East). The old city of Palma de Mallorca is wonderfully kept with nice manorial houses and many ancient monuments. The cathedral of Gothic style is the most imposing building.

Several beaches in Palma de Mallorca are found. The Playa de Palma is the main. Located in a dozen kilometres of the historical centre, it stretches over several kilometres in a zone completely devoted itself to seaside tourism. The contrast is impressive between a hurdy-gurdy city charged with history and this seaside without soul and only intended to welcome the tourists (mainly from the north of Europe). The West zone «is more preserved» thanks to more abrupt coastal region.

The harbour of Palma is close to the old city (link in ferryboat with Barcelona and Valence). The airport (one of the biggest of Europe) is in the East facing Can Pastilla (about 15 minutes of the historical centre).

The bay of Palma shelters someone most famous seaside Majorca stations (but not the nicest) as Magaluf the kingdom of British youth or Arenal its Germanic rival The familier stations (and nicer) is on the East Coast or North.

Interactive map of the beaches of Palma de Mallorca 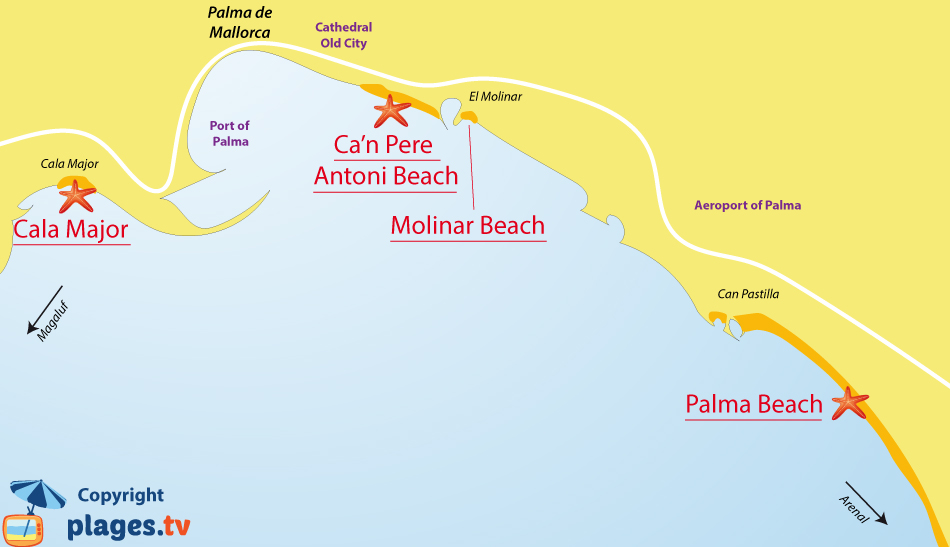 All beaches at Palma de Mallorca 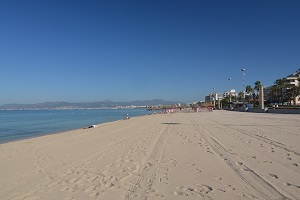 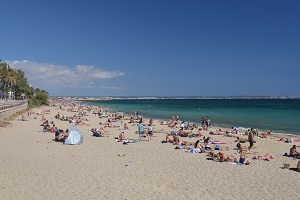 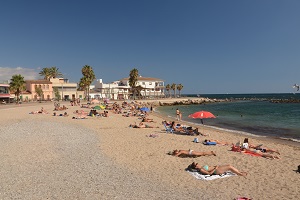 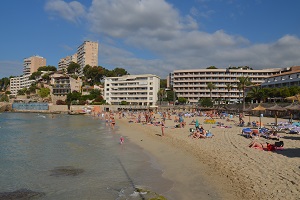 Users rating given to this resort:
5/5 based on 2 users
We do not yet have any opinions in English; the ratings are calculated with the opinions in all languages.

Your opinion on the resort of Palma de Mallorca